Home  »  Conscious Sexuality • Secrets   »   WTF??? This Guy Teaches Men How To Sexually Assault Women? {Every Person Need To Read This. This Sh*t Has To Stop}

I’ve come across this very disturbing article on a “zombie” guy named Julien Blanc, who teaches other zombie guys how to emotionally & physically manipulate women into having sex.. some call this sexual abuse. Yes.. and he was teaching it freely ..until a couple of days ago.

I usually do not share “news” on mytinysecrets.com but this one has to be shared. Let’s join forces to help stop this madness.

Check out the following article. {I really can’t believe some guys listened to this BS.}

“Self-described pick-up artist who coaches men in the sexual abuse of women is being given a lesson in karma as a global internet campaign threatens to drive him out of business, permanently.

If you’ve not yet come across the insidious ‘Pick-Up Artist’ community, lucky you.

Basically, men pay other men like Julien Blanc up to $3,000 a course to learn how to emotionally, and in many cases, physically manipulate women into having sex with them.

Blanc, a consultant for Real Social Dynamics (RSD), travels around the world dispensing this disturbing advice.

One of Blanc’s tactics for ‘breaking the ice’ is to grab the heads of female strangers and thrust them toward his crotch.  Another of his ‘approaches’ is to grab women in a choke-hold, while he puts his finger on his lips and whispers ‘Shh’.

“If you’re a white male, you can do what you want. I’m just romping through the streets, just grabbing girls’ heads, just like, head, pfft on the dick.”

At his seminar ‘How to Control Women’, Blanc shared this slide during a section entitled ‘How to Make her Stay’. 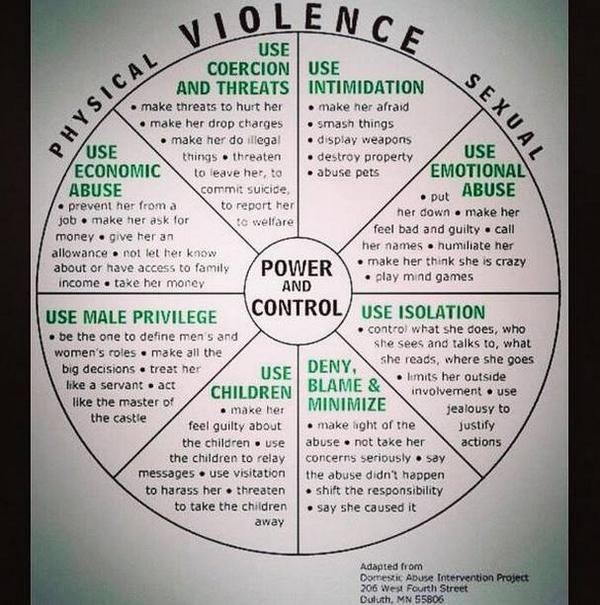 This is a manifesto for the physical and emotional abuse of women.

But Blanc is not the RSD’s only sexual predator.

Below is a video of RSD founder Owen Tyler gleefully recounting the time he raped a woman. He tells his audience of giggling, inadequate men:

“She was Thai, she was a stripper. I just fucking hated that bitch. She was just a full slut whore slut. I fucked the shit out of her dude. The last time I fucked her…it was in the morning…she was in the shower…I think she didn’t wanna have sex again.  But I just like fucking threw her on the bed. I remember, I put it in her…I could barely even get it in because she was totally not in the mood…And I was like ‘Fuck it! I’m never seeing this bitch again, I don’t care! So I just like jam it in…it’s all like tight and dry (laughs) and I’m all like, make it quick cos she doesn’t even want it”

He was clear she didn’t want sex, he physically dominated her to create the opportunity for sex, he knew she was not in a state of arousal as he penetrated her – and he chose to continue anyway. Why? Did it sound to you like he enjoyed this as a physically pleasurable sexual experience? Or was in an act of proprietous hatred?

The Storm Against Julien Blanc {#TakeDownJulienBlanc}

Online activist Jenn Li was so appalled by what she saw in these videos that she made a decision – she was going to take on Julien Blanc and RSD.  It was not enough to be mad; someone needed to take responsibility for ending this outrage.  So she did.

She launched an online petition, writing:

“Julien Blanc is a sexist and racist “pick up artist,” who has made a living by teaching men how to violate women through physical and emotional abuse.

“Do not associate your hotel’s good name with a man who chokes women around the world as part of his pick up game. Please stand with the women of Australia and women everywhere, and do not host an event where men are being taught how to violate and harass women.”

More than 30,000 people have signed the petition so far, and thousands more from across the world joined her at #TakeDownJulienBlanc.

The Activists have Successfully Ended his Australian Tour

We must ask ourselves too:

what kind of society is it that produces such men, and how do we stop?”

A great way to stop such things is by offering holistic Sex & Love education. Men and women must learn to re-connect & harmonize again as nature intended it. Sexually, Emotionally & Spiritually.

Women must rise to see all their glory, strength & wisdom. Women are the source of creation in the micro- and macrocosm. We must stop to act small. Men must rise to awaken to their true glory and power and to activate their true divine masculine qualities.

Please help spread this information to support those who try to stop Julien Blanc and the movement.