Home  »  Intimate Health   »   My Hymenectomy: A Painful Surgery And a Confusing Journey

I believe that improving our sexual and intimate relationships is key to a healthy happy life and we can achieve this through exploration and acceptance of our selves. I therefore want to bring to you techniques and ideas on experiencing orgasmic pleasure and exploring the depths of your own sexuality.

I was 16. I had started menstruating at 14 and every period I had was a distressing event. I counted the days between cycles again and again in the hope that I would gain more control over the dreaded bleed. 10 days of bleeding was normal for me, 12 days was a long one.

I had complained to my friends about the distress I was feeling from my bleeding, how much I despised it, how it took over my life, how my freedom was now trapped in a cycle of pads and bloody knickers.

By the time I was 16 it was consuming my thoughts in such an unhealthy manner – I had to take action.

Every period to me was a pain in the ass

My periods were heavy. Now, I know that heavy is relative amount; someone’s medium days may be someone else’s heavy days. But I would bleed through pads and leak constantly. I would have to change my pads during the night or wake up in a mess. How my body was able to bleed that much while my hymen was not open is quite astonishing. But I’ll get to that later.

At school I was on the aerobics team. I had joined when I was in my first year of high school and I loved it. We would train about 5 times a week and compete in teams at state and national championships. I could easily do the splits in all three directions; I could high kick like a ninja and somersault with grace. I was so comfortable in my body and it loved me right back with its strength, flexibility and agility.

When we would compete or perform in public we would wear our matching leotards – we wore tight, brightly coloured bike shorts and matching tanks tops – it was fashionable in the 90s, trust me. But there was no way I could wear the thick pad that I needed while I was wearing the tight bike shorts that were required.

‘Just use a tampon’ my friends, relatives and the aerobics instructor would say. I tried, believe me I tried, but it just wouldn’t work. The conversation that followed was always the same thing; people assumed that I was clenching up, that I was too fearful of allowing something into my vagina, that I was doing it wrong.

“Do you have a hole at the entrance of your vagina?”

One time, when I was feeling lowly about my situation I was seeking comfort in a close friend who had heard my complaints several times already. She asked me the right question, ‘do you have a hole about the width of your index finger at the entrance of your vagina?’

Why had I never checked? I had gotten a mirror out several times but had just held it in front of my vagina without pulling open the lips. It looked like an alien to me, I wasn’t sure if what I was looking at was ‘normal’ or actually alien. So I hadn’t seen that deep between the inner and outer lips there was more skin and no entrance.

This time though, after my friend’s very direct question and my willingness to try most things, I got the mirror out again.

I had my period this time, as I sat on the toilet I braced myself for the alien in the mirror, now with added blood. I wiped the area clean first then looked down. I couldn’t see much, just skin, but I pulled back the labia and stretched the entire area tightly so I had clear vision. To my absolute surprise I saw the cause of my 12 day bleeding alien problem; there were only two tiny holes. One was the size of a sesame seed and the other even smaller.

I went to the doctor while I still had my period, not hard to do when you bleed for such a long time! She sent me to a gynaecologist to have another assessment, but she had already correctly diagnosed my issue; I needed a hymenectomy.

Note from editor: A hymenectomy is a medical procedure on the hymen of a woman and involves the surgical removal or opening of the hymen when its too strong or malformed. See picture at the end of the article.

And then the pain kicked in: The surgery

It was a painful operation. I’ve broken my arm, I snapped the entire bone in half and it wasn’t as painful as the hymenectomy. Before my operation the surgeon asked me if I would be willing to have the operation recorded on camera for medical students to learn from. I can now say that my amazing little alien in all its beauty and glory has been watched by many medical students in Australia. My alien is a star!

The surgery required general anesthetic and some heavy pain killers for after the procedure. I will never forget waking up from that surgery – the drugs felt so dam good, and then they wore off and the pain kicked in. OH MY, it was horrendous!

The surgeon had left gauze wrapped up into a tube-like shape in my vagina. Part of it had been inserted and part of it stuck outside like a gigantic sized tampon that wasn’t fully inserted. It was there to soak up the blood. Not long after the high of the anesthetic wore off a nurse came to my room and announced that I had to pull the gauze from out of my vagina. I looked at her, I swallowed hard, my face pulled itself into a grimace; I knew it was going to hurt.

‘It’s like pulling a Band-Aid off’ she said. ‘Do it quickly and it will only hurt for a moment.’ She escorted me to the toilet and stood in front of me as I sat down onto the seat. I stared up at her, ‘I don’t want to do this’ I said shaking my head.

There was no way out.

She encouraged me once again. I gripped the gauze in my right hand and steady myself with the left. I took a deep breath in, the nurse’s face started to crumble and, as I pulled on the gauze and shrieked in pain, her face fell into a look of pure empathy; she looked as though it was happening to her.

I think any woman in that situation would have responded the same way, it’s a bit like when men talk about being hit or injured in the scrotum, they all wince together as one. That’s what happened with my nurse.

It didn’t take long to recover.

When I was finally able to use tampons I was so happy, I almost felt like those horrible ads for sanitary products where women are jumping in the air with huge smiles on their faces were true.

Don’t worry, it was only a momentary belief, I now use natural products and avoid tampons. I never went back to the aerobics team but now I wear lycra when I do yoga. 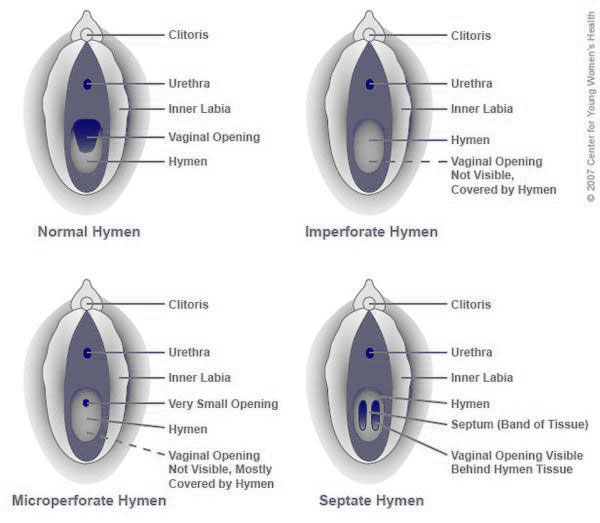